26.995, 27.045, 27.095, 27.145 and 27.195 MHz are all RC exclusive frequencies and voice transmissions are not allowed. However, these frequencies are often used as a "secret channel" or "A channel" by CBers and freeband operators. 27.255 MHz is CB channel 23 and data transmissions must co-exist with voice traffic on the same frequency. This likely explains the 25 watt power limit on 27.255 compared to the 4 watt power limit on the original 5 R/C channels.

There is also extensive Part 15 usage of these frequencies for low-power R/C model control. Higher power levels are used by professional grade systems. Most higher-end remote control/radio control devices use the 72 MHz and 75 MHz frequencies (where 0.75 watts is the maximum power output) or the unlicensed 2.4 GHz band. However, there remains considerable use of 26-27 MHz for data link, remote sensor monitoring and other similar purposes due to the high power available for unlicensed users and excellent propagation characteristics for point-to-point data networks. Some vendors are now offering systems that operate on the 5 VHF MURS frequencies for data link purposes (although these are covered under the Part 95 rules as well, they are not part of the RCRS under FCC Part 95).

There appears to be extensive use of the 26 to 28 MHz band for paging, data link networks and other non-voice purposes in Europe and Russia. 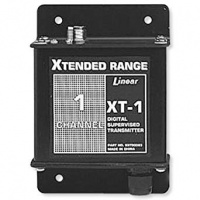 Linear Pro Access XT-1 transmitter operating on 27.255 MHz with 10 watt transmit power, can be used as part of a long-range data link, remote sensor and remote system control systems along with companion receiver(s) and even other transmitters in the same network. 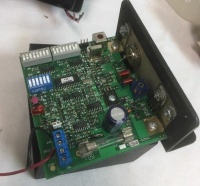