Pedro is the collective nickname given to the technicians who operate the Cuban Spy Numbers Stations V2 and M8.

Pedro, like many Cubans, is not sufficiently dedicated to the Revolution. He frequently sleeps on the job, resulting in missed transmission schedules. When he is awake, he often makes errors, such as patching audio from Radio Havana or Radio Nacional de Venezuela instead of the correct synthesized Spanish language voice. Often his Soviet Surplus voice synthesizer gets stuck, repeating the same digit over and over "uno uno uno uno uno" until he gives it a whack, Fonzi-style.

Sometimes Pedro leaves the microphone open, and background sounds can be heard. Once a rooster was heard, perhaps that is Pedro's alarm clock. The audio quality from V2 is often very poor, indicating that Pedro does not properly maintain his vintage Soviet equipment. 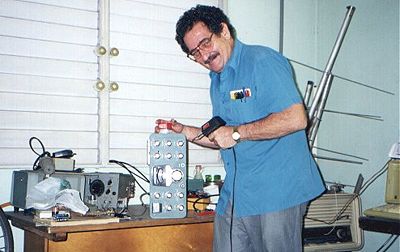 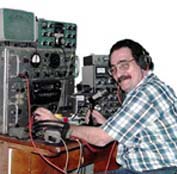 Pedro getting ready for another V2 transmission